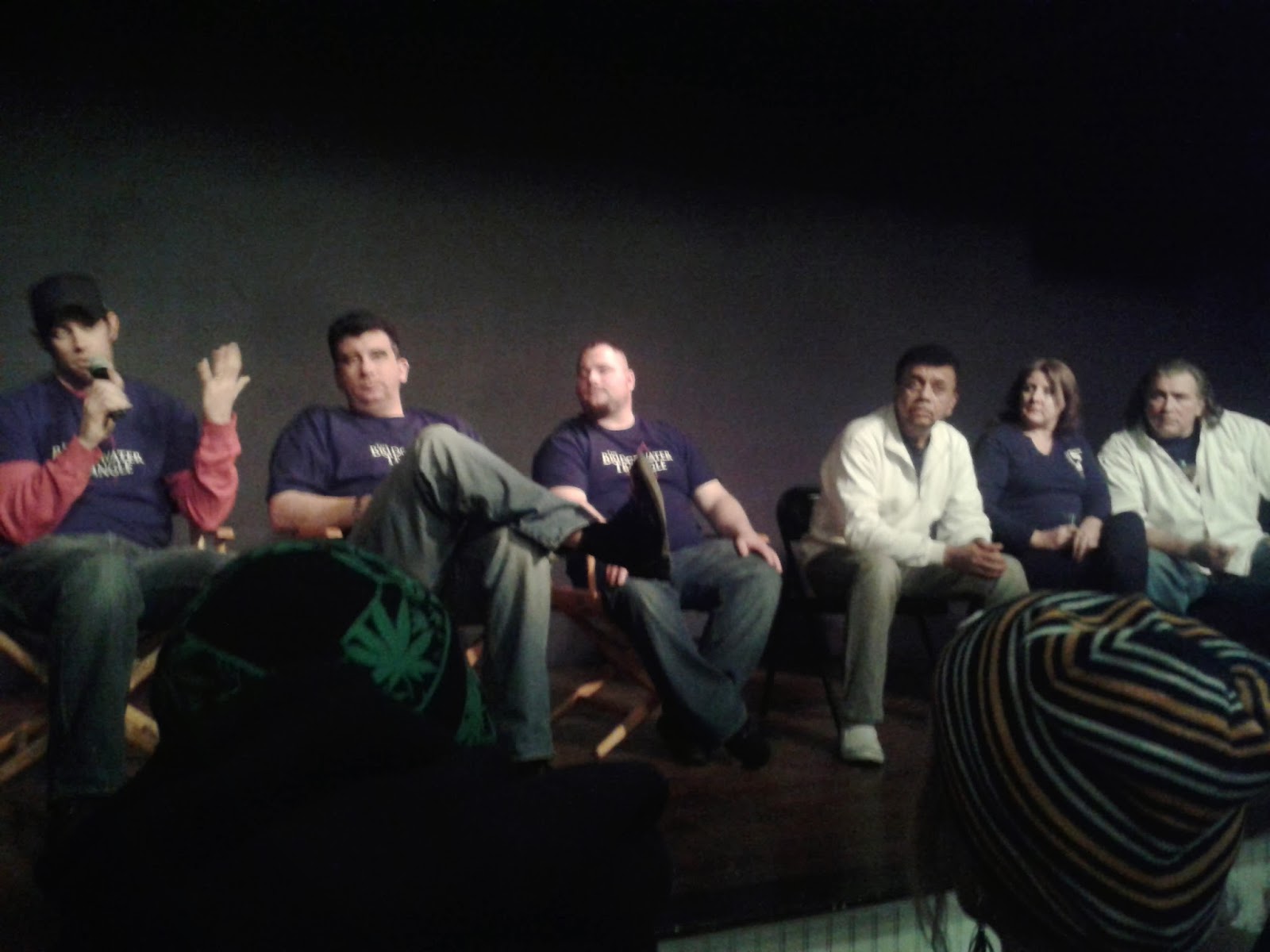 Went to a screening of The Bridgewater Triangle documentary tonight. After the film, the producers and other key people involved had a Q&A.

While I was very impressed with the documentary and all the work and research that went into it, I was happy to meet Alan Alves, third from right. He's a retired Freetown detective, who became known as the cult cop. A little about him here (scroll down a little). Any book about the paranormal or crimes involving cults in Massachusetts will have his name mentioned in it. He's had an impressive career.
365 cell phone photos paranormal Photo A Day 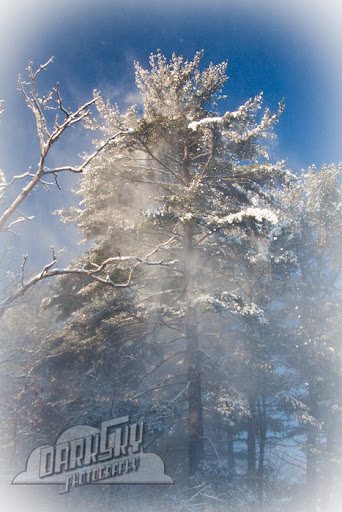 This weekend, despite the springlike weather before and after, we got our first measurable snowfall of the winter. It arrived in two subsequent (and fairly small) storms. The total in our area probably averaged about a foot. This photo was taken after the first storm, with the early morning sun shining through the trees and the wind knocking the snow off the branches causing a beautiful smokey/cloudy effect. Very nice.